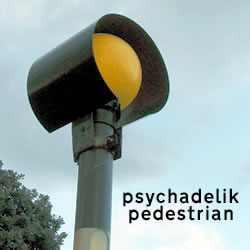 Psychadelik Pedestrian blends lush, warm, uplifting synth pads with crisp funky beats and haunting orchestral sounds, and this album combines over ten year's worth of the best Psychadelik Pedestrian tracks, featuring a combination of chillout, drum and bass, lounge and downtempo tracks. Focussing on the classic, old skool Pedestrian sound, the album features tracks such as 'Another Boring Lunchtime', an older mix of which was the first Toucan track to go online in 1999; 'Night Beach', which was featured on its release in 2002 by Vitaminic's Nokia phone promotion site and 'One Five Eight', remixed in 2005 by Dave Seagrim. New remakes of 'Eternal Truth', 'Liquid Nitrogen' and 'Against The Grain' are included, and all of the other tracks are remastered exclusively for the album and feature in their full length mixes.