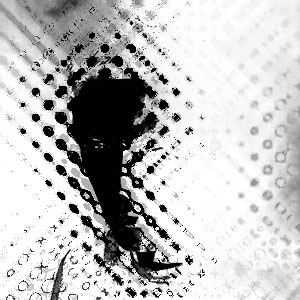 Psychadelik Pedestrian is a UK based electronic artist with an uplifting melodic style blending chillout, dubstep, trance, breaks and electro music influences. Starting out through writing on primitive PC music sampling software in the 1990s, Psychadelik Pedestrian initially experimented with trip hop and early drum and bass before producing his first pure chillout track, Night Beach, in 2002. The first self-titled Psychadelik Pedestrian album, released on Toucan Music in 2008, was a compilation of some of his early music from the previous decade.

By 2010, Psychadelik Pedestrian was making greater use of synthesizers to create a fuller, lush electronic sound evident on his popular chillout track Coral Reef and the atmospheric Druid's March, both released that year and later featured on the Transient album in 2011. Taking influences from the fresh UK dubstep sound and combining this with both his chilled electronic vibe and influences from the 1990s rave and jungle scene, the 2013 album Nocturnia saw Psychadelik Pedestrian move in a harder direction on tracks like Cyberstalker, while maintaining the uplifting melodic instrumentals of previous years in the soaring euphoric chords of Flight Of The Geese and the intricate melodies of the title track, Nocturnia. His 2015 album, Fifteen, saw a return to a lighter style with more emphasis on haunting pads and chilled rhythms, evident on the uplifting Catching Rays and Starlight, while still hitting a more sinister note on The Dead Of Night and returning to his more experimental, harder roots with the distorted electronic sound of Sleep Tight, Sweet Dreams.

More recently Psychadelik Pedestrian has returned to a more minimal, rhythm focussed style on tracks like the breaks-driven Drones and on his 2020 remix of Outer Self, incorporating rhythmic influences from trap and glitchy effects.

Download track
“Born Into It” by Redmann [Psychadelik Pedestrian remix] 2007

Download track
“You Make Me” by Redmann [Psychadelik Pedestrian remix] 2005