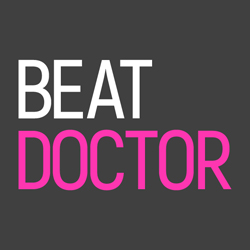 John's Beat Doctor project began in January 2005 with the track Wanna Ride, combining old skool sounds with upfront, contemporary house. The Beat Doctor sound was developed further between 2005 and 2007 with the addition of sidechaining and stompier beats, as in Beat Doctor's remix of Risey's Memories Of Thailand and own productions such as Intermission.

In 2008 and 2009, Beat Doctor's sound took a rave influenced electro house direction, with tracks such as Bad Man, and then Too Retro. This sound developed further to include harder, bass-driven elements through 2009 and 2010 in Nosedive and Anaconda.

From 2011, John's Beat Doctor alias has taken a back seat to his other projects.

Download track
“You Make Me” by Redmann [Beat Doctor remix] 2010