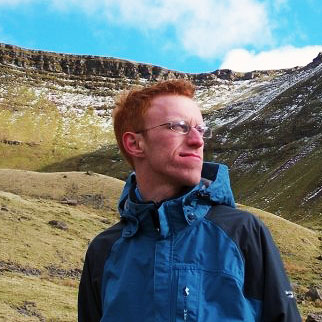 Not to be confused with the popular hip-hop artist, who has become well known since our Redmann picked his version of the name, Andrew's artist name stems from his ginger hair. Redmann's first production was the hardcore rave Mindwarp from March 1996, though his current sound first appeared in 2000 with Zero Gravity, combining trance with a funky house feel and chilled guitar sounds. Andrew further developed his music with vocoder vocals and funky basslines on his 2001 tracks So Sublime and Move Harder Move Faster.

In 2002, Andrew released Embrace, first downtempo chillout track, further diversifying his sonic palette. More ventures into chillout music followed, with Time On Our Hands and later Fragile Heart, keeping the distinctive Redmann blend of acoustic sounds, piano and chilled electronica, and culminating in his popular 2007 track Born Into It which featured synths and atmospheric reverb. Andrew returned to this style in 2008, keeping a laid back synthesized feel but notching up the tempo with the trance-driven God In The Detail EP.

Taking a departure from his usual chilled vibe, Redmann released one of his hardest tracks to date, Take On The Dancefloor, in 2010. Tracks from God In The Detail were remixed in 2011 by Redmann himself and other Toucan artists, and Redmann also revisited his signature track Zero Gravity in 2013, with a new chillout mix. After taking a hiatus from the music scene, Andrew returned in 2018 with his first original material in six years, returning to funky vocoder house for Got Me Thinking and his harder trance sound with Earworm. Other Redmann tracks have also been revisited in recent years, with Turn The Corner and Plastic Explosive being reworked by other Toucan artists in 2017 and Redmann's vocoder classic Scratching The Surface getting the Notch and Phish Funk treatment in 2019.